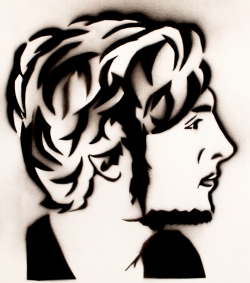 
3 replies to this topic

This is a rather obscure model which I have picked up several years ago. Saw an ad online, took the train to a neighboring city and brought home this Prima XC-151 Stereo Music Dancing Center with Hyper Bass Speaker System, made in China. And before I'll send this one on to Peter in a few days, I wanted to take some pictures just for fun and maybe for documentation or whatever. 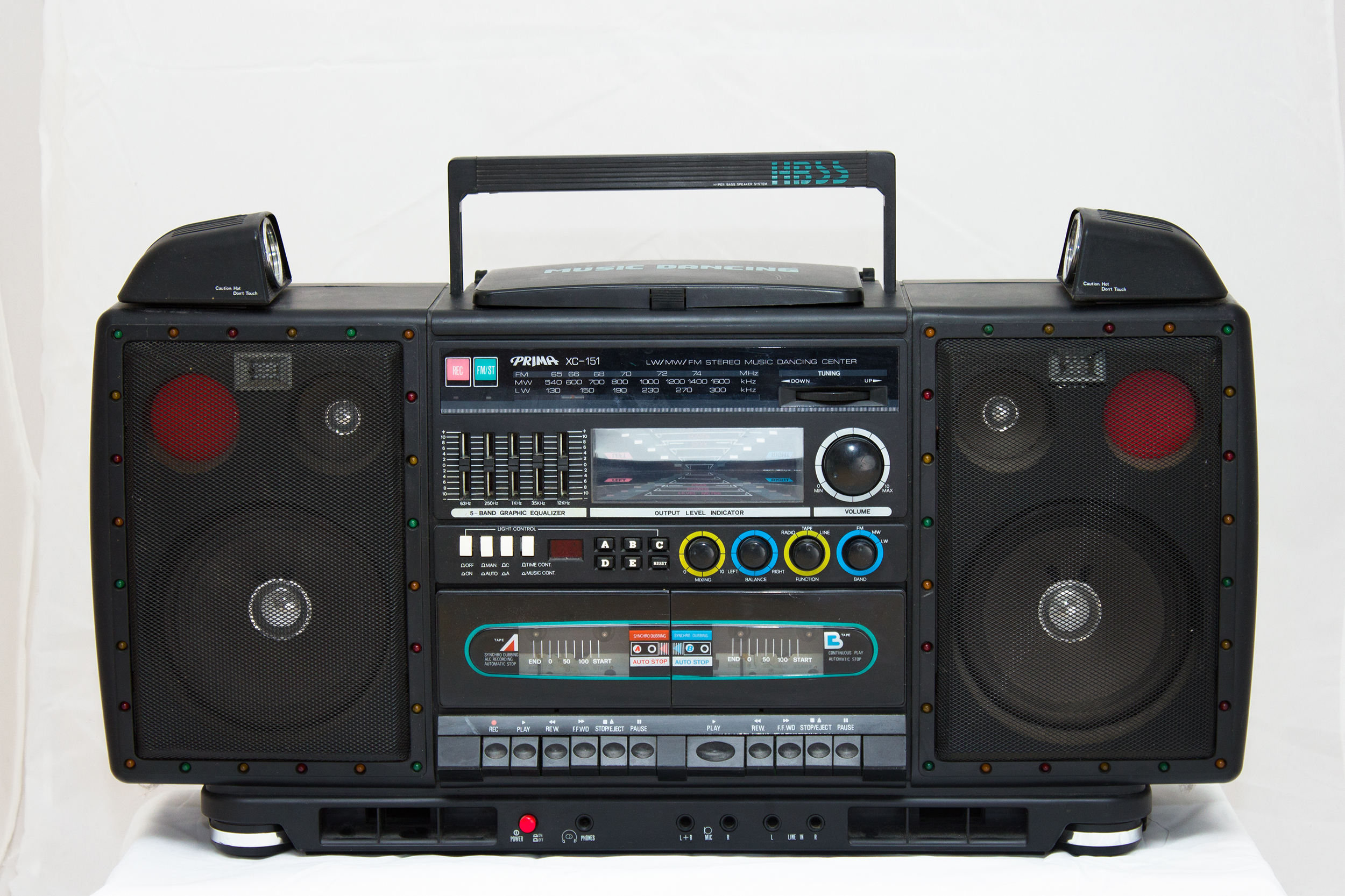 I have seen pictures of a few similar models equipped with slightly varying gimmicks. As far as I know, some have a battery compartment. This model came only with a hardwired power plug and doesn't take any batteries. Unfortunately that doesn't translate into home stereo sound. This Dancing Center is all gimmick and I actually wish they hadn't bothered with the Hyper Bass. But the gimmicks are great! 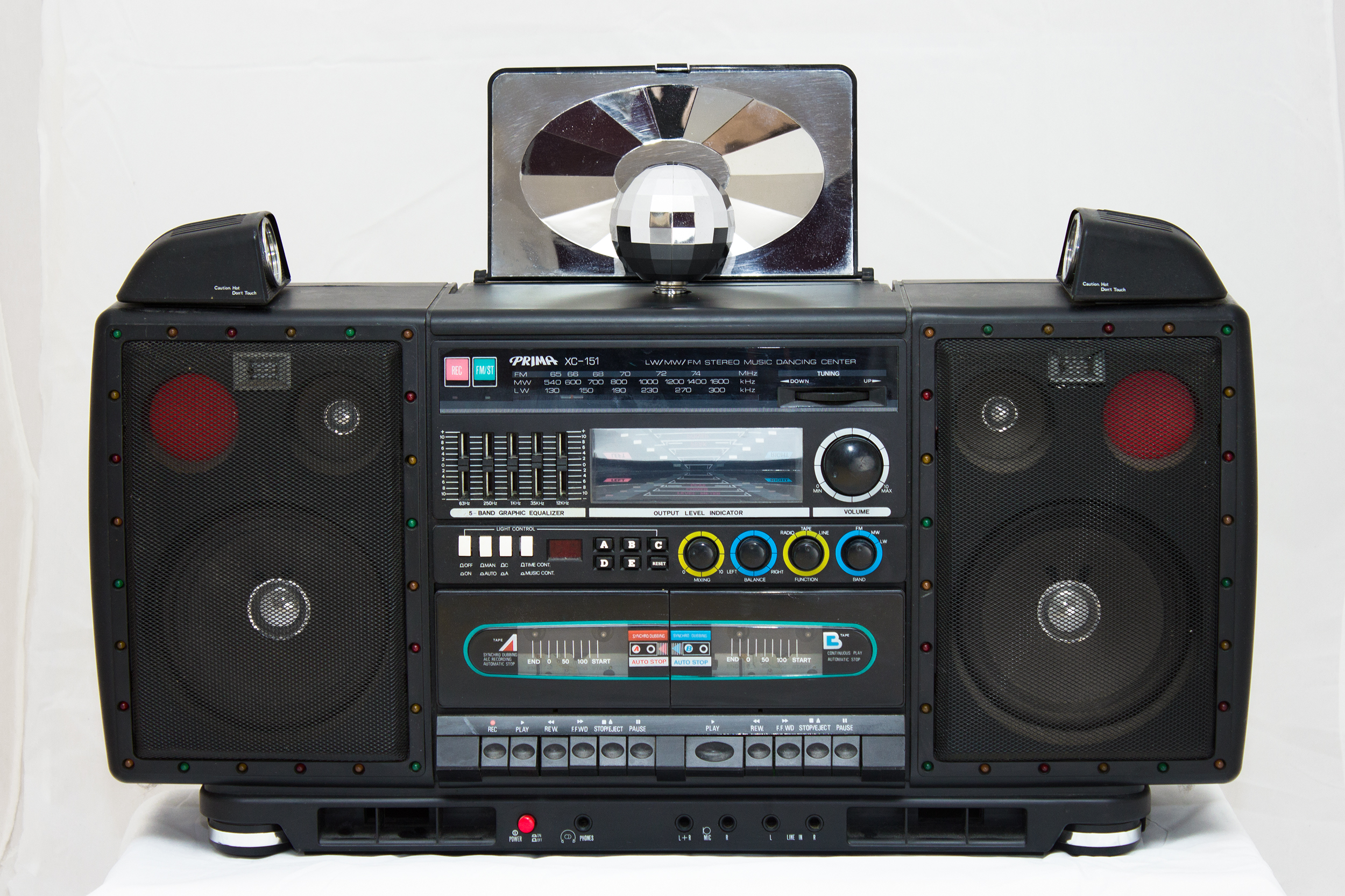 I'm not entirely sure how the controls for all the light effects work but with a broad idea and a few button presses, things will get going. We have running disco lamps, big red pulse lights, pin spots for the rotating disco ball on top (mine are burnt though) and two strobes! (One strobe needs to be replaced here.) The strobes can be activated separately from the rest with their own button (C / A), which makes sense. You can also switch between music and time control. 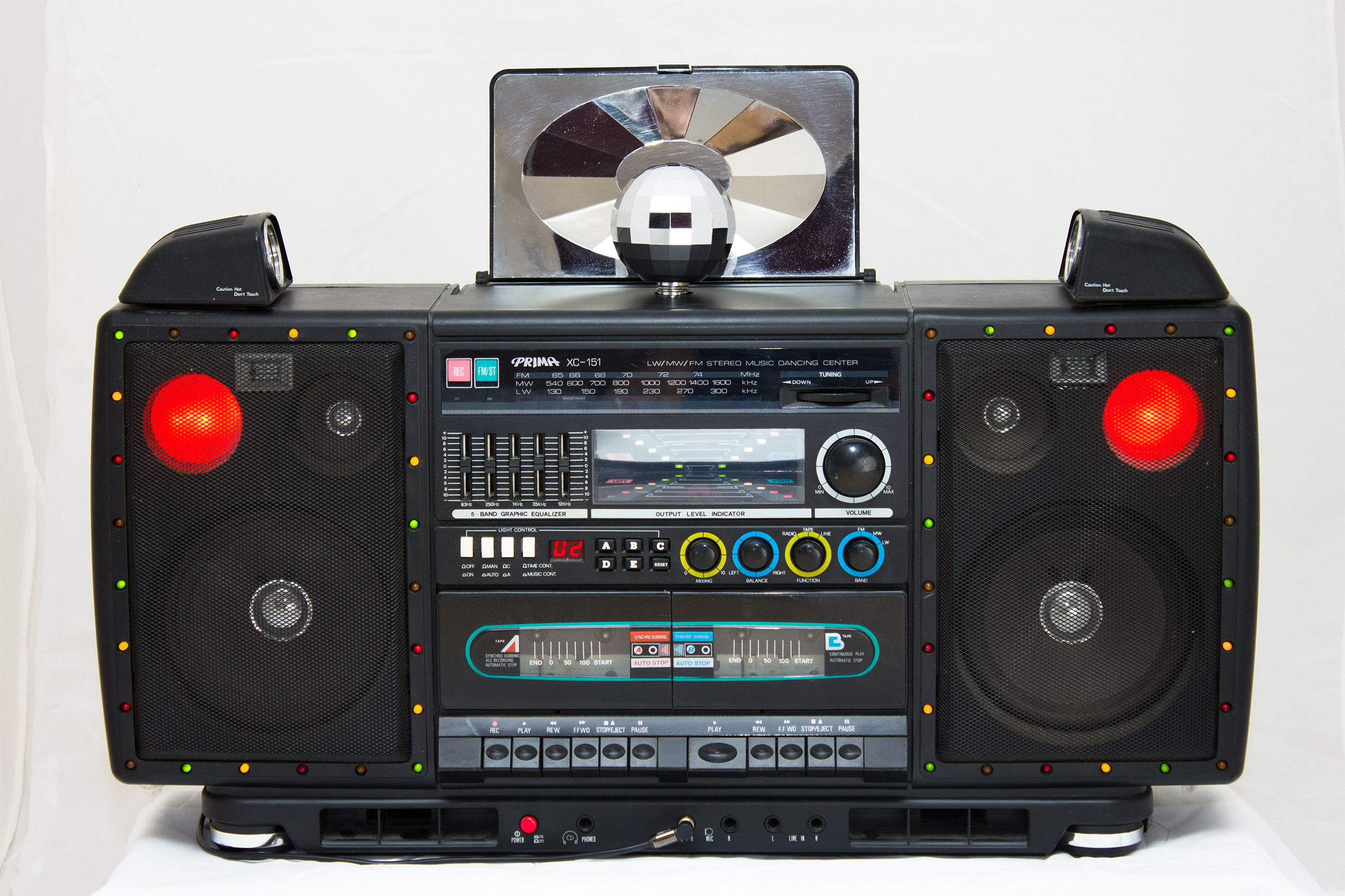 As stated before, this lean mean party machine sounds pretty crappy. It doesn't get super loud, is lacking proper lows and starts distorting real fast. The bass driver is literally backfiring as in: it's a very small driver facing rear, enclosed in it's own plastic compartment with two bass ports venting to the front. It also backfires in the sense that it mainly causes noise and some rattling overshadowing the little useful contribution it makes to the sound spectrum. You can see where the bass driver sits in the next picture. It's between the antenna and the "PRIMA" sticker. The picture also shows where you can stow away the disco ball and where could have been a battery compartment. Plenty of space. But maybe all the light and effects would've made it difficult to make it run properly on batteries. 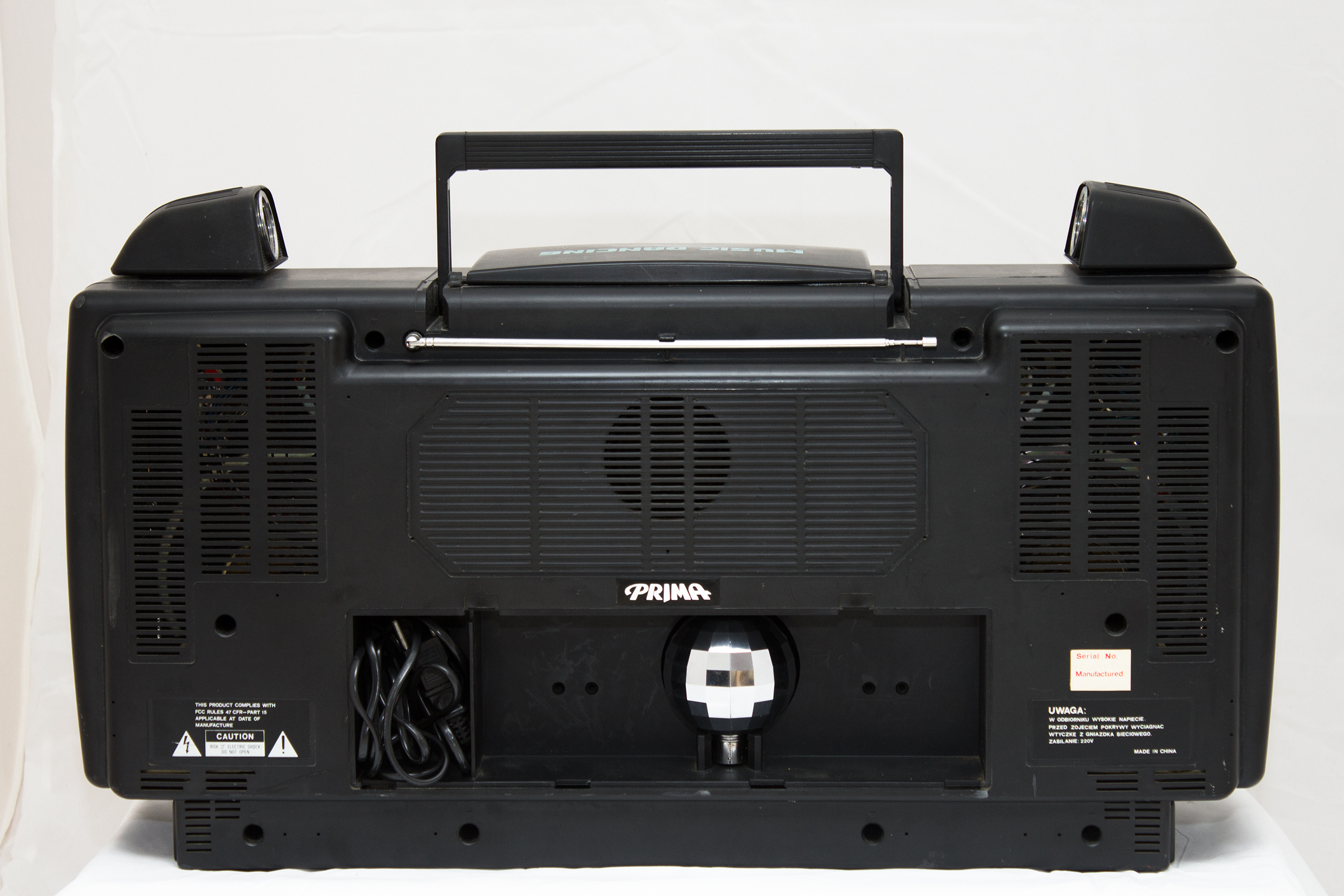 Here's a closer look at the left pin spot pointing at the disco ball. Caution Hot, Don't Touch. The chrome piece behind the speaker grill encloses the strobe. 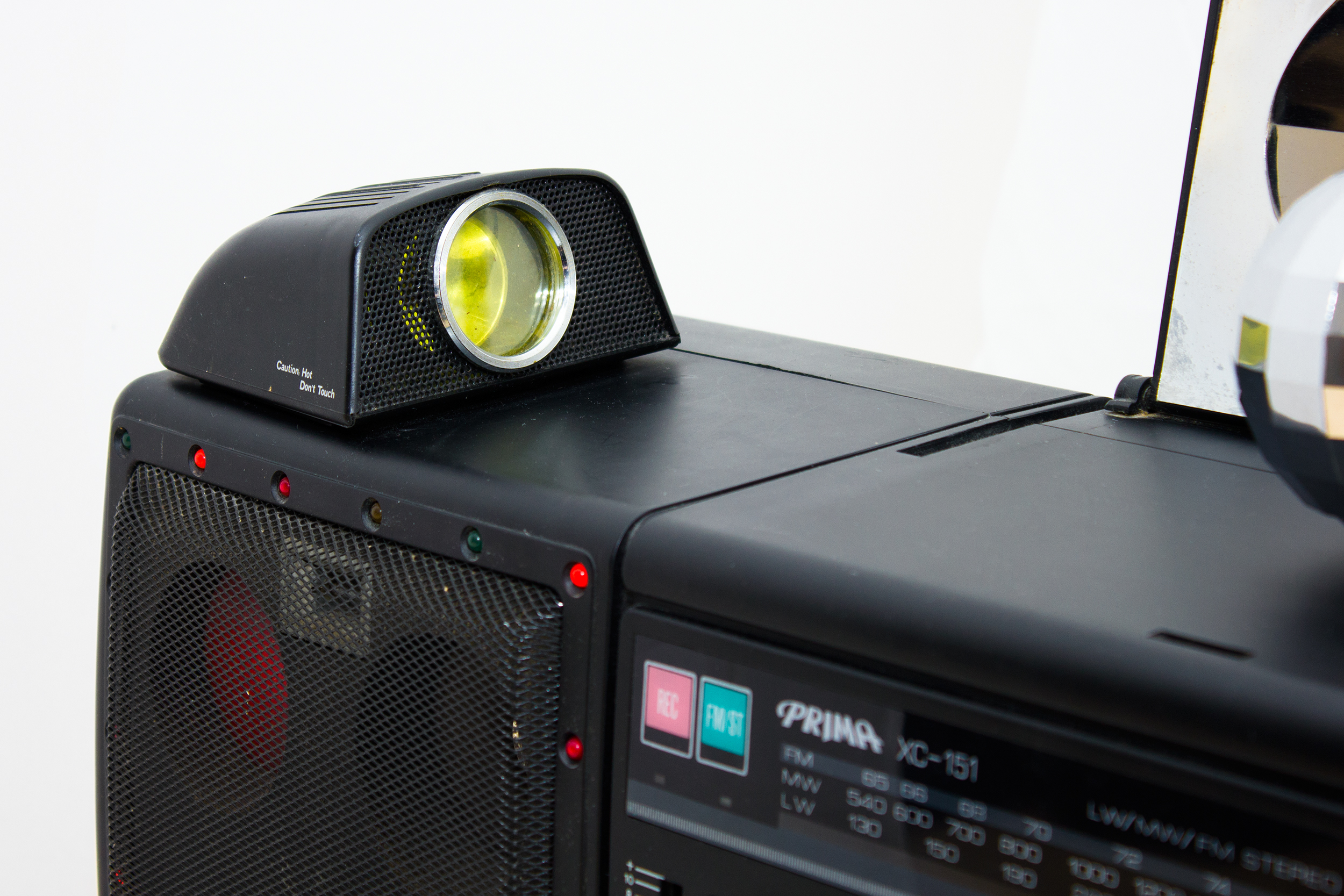 Looking at the tuner scale, we have an uncommon FM frequency range of 65 to 74 MHz. I'm not picking anything up around here. 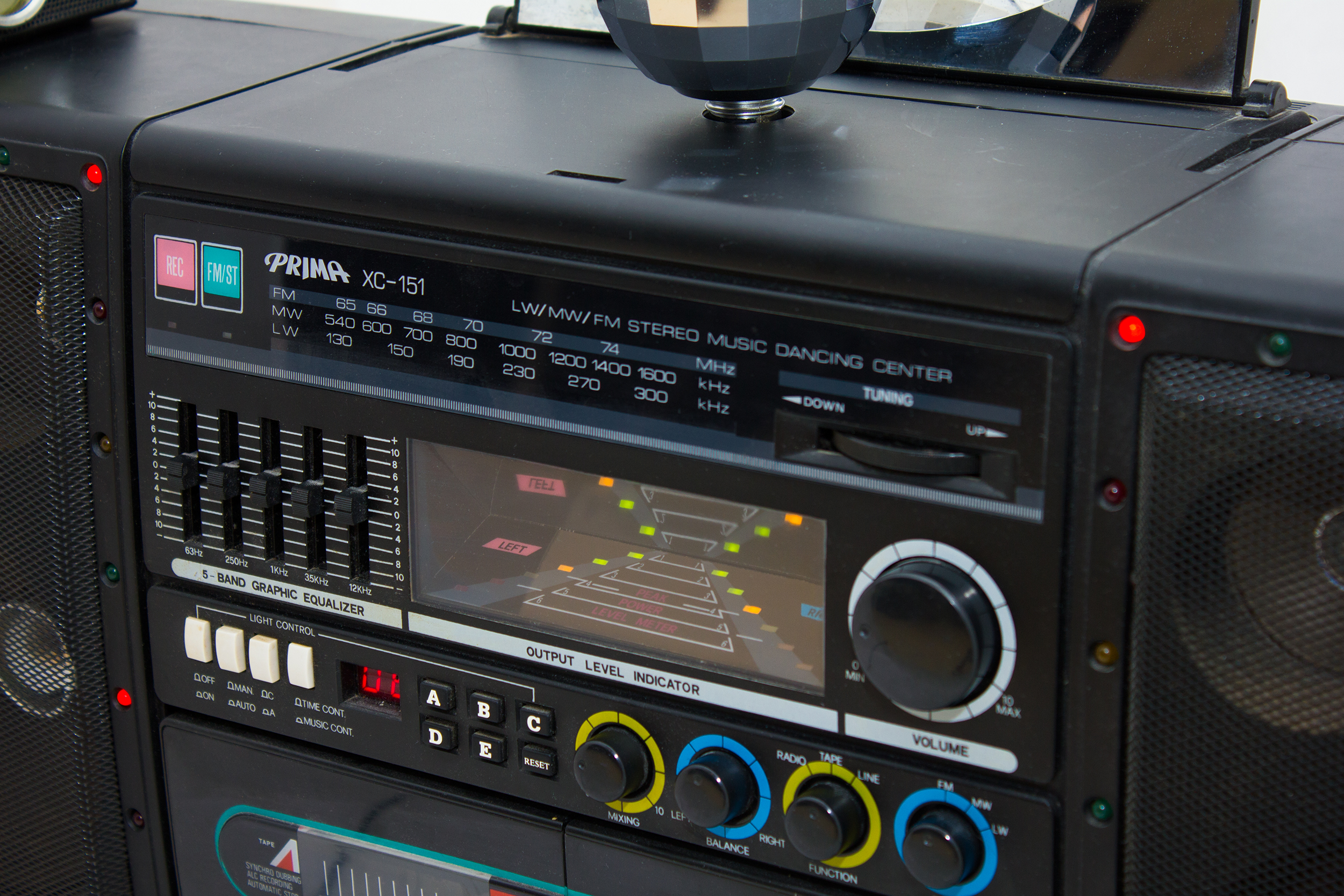 On the bottom are some input options. As many things with this model, they're a bit unusual: a 1/4" audio jacks for each L + R. The mic can do L+R mono with one jack though. Well, you can connect a phone, so: great, I'll take it. 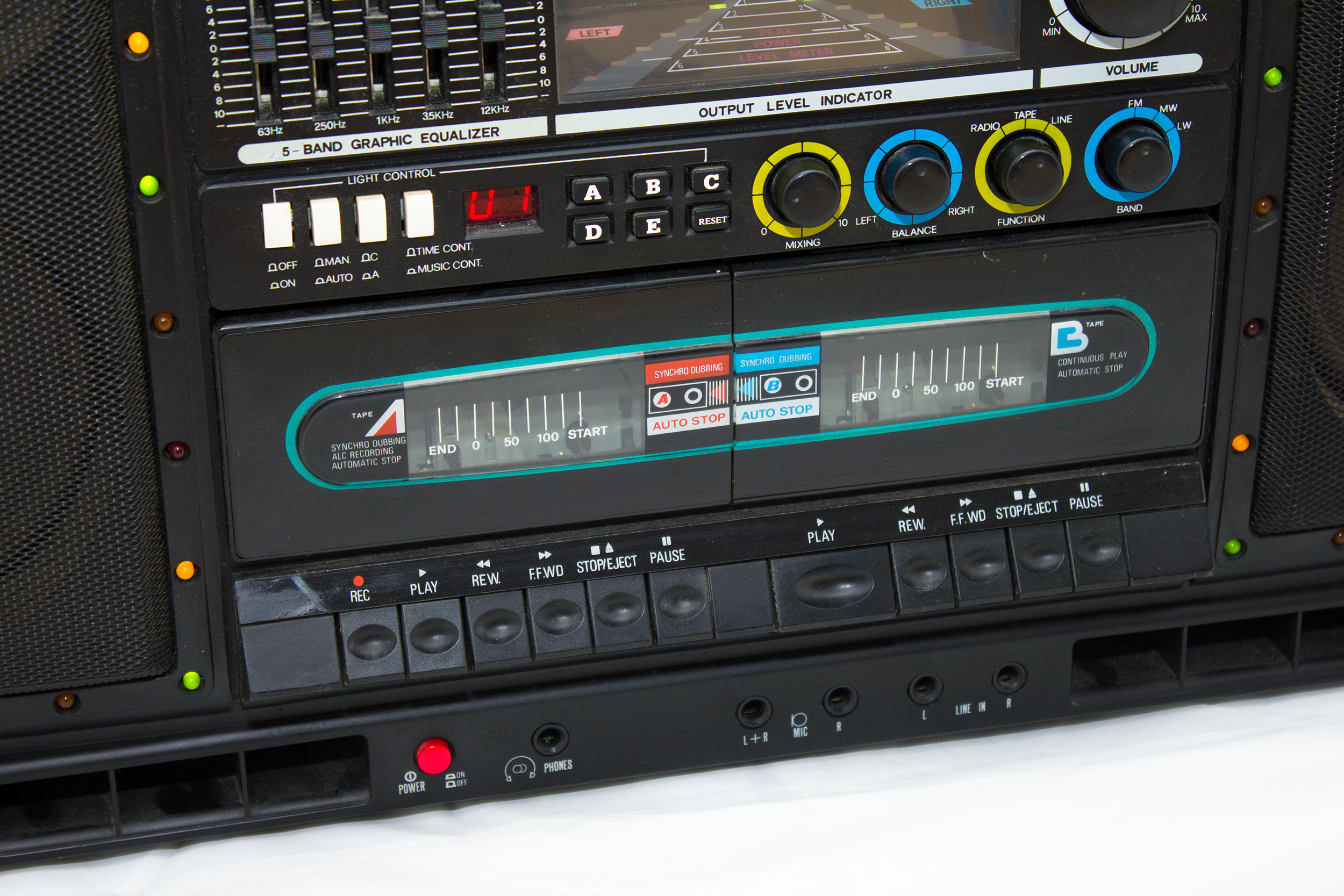 I'd love to see more of variants of this model. Does anyone here have some?

I saw a few for sale over the years and quite fancied the light show with the disco ball on top. I think the one I saw was a Kasuga though cant be sure.

I had it open before the photo shoot and the drivers were marked by the Chinese manufacturer. I guess they dealt with many different brands for international distribution. From the text on the rear bottom right it seems this one was for the Polish market.

I also filmed this model in action. Sorry for the bad quality, not a lot of light in here. The strobe is rather annoying on video as well, but it's for documentation after all.