4 replies to this topic

Was unable to get this to power up with the cord or batteries.  Once I opened it up I saw that it was damaged around the coil and there were some other loose pieces in the unit.  Not having done major repair work before just wanted to ask how bad does this look?  Im sure once i take the rest apart there will be more damage.

So It looks like there is a power supply issue.  looks like power gets from the cord to the supply but not past and i don't see any loose wires.  Can these supplies be rebuilt?

That aerial should be attached to the white nylon block above its current position but the feed wires from the MW+LW and shorter SW coils on the ferrite rod are usually a bit loose and that isn't a problem as long as the wax on the coils themselves is intact and they appear not to have become unwound.

Are there any signs of cracks down in the bottom right corner (looking from the back)? The PSU is fairly well attached in these but if it turns out that yours is kaput, I have spares with 250V. 220V and 117V primaries on them so one of these would be a straight swap into your set, though I'd be looking at the three small pins at the bottom right edge of the large PCB first, these are subject to weakness especially if the plug at the end of the black/red twin leads from the back cover of the set has been left behind on that PCB when the cover has been removed at some time.

I have a spare nylon block that would address the broken aerial mounts too, the RF board itself looks ok on yours so swapping over that block shouldn't be a problem, the only slightly fiddly thing about it being that the pulleys for the dial cord are running on bearings attached to the other side of that chunk of nylon so replacing means you need to remove the pulleys with the cord attached if you want to preserve calibration and avoid restringing, easy enough with some wax for holding the cord in place while you swap the pulleys across.

I have most 656 parts available from used I/F cans, FM head parts and some other tuner parts to split new caps for all locations.

In fact the only things I'm holding onto from my spares 656 are its RF board (the smaller one, over which the aerial is mounted), its cassette door and the front cover, which is soon to be a screwpost donor for the mint but dropped example that I just bought.

It'll be my fifth in the last two years and every single one has come with a working cassette deck!

Wax to hold the tuner string in place whilst doing repairs - great tip!

Cheers James. There may well be more suitable ways to prevent it all from unravelling but I use wax to seal dust cores in coil cans after alignment jobs so there are usually plenty of otherwise scrap candles in my tool box.

And here's a picture of how the area around that aerial should look: 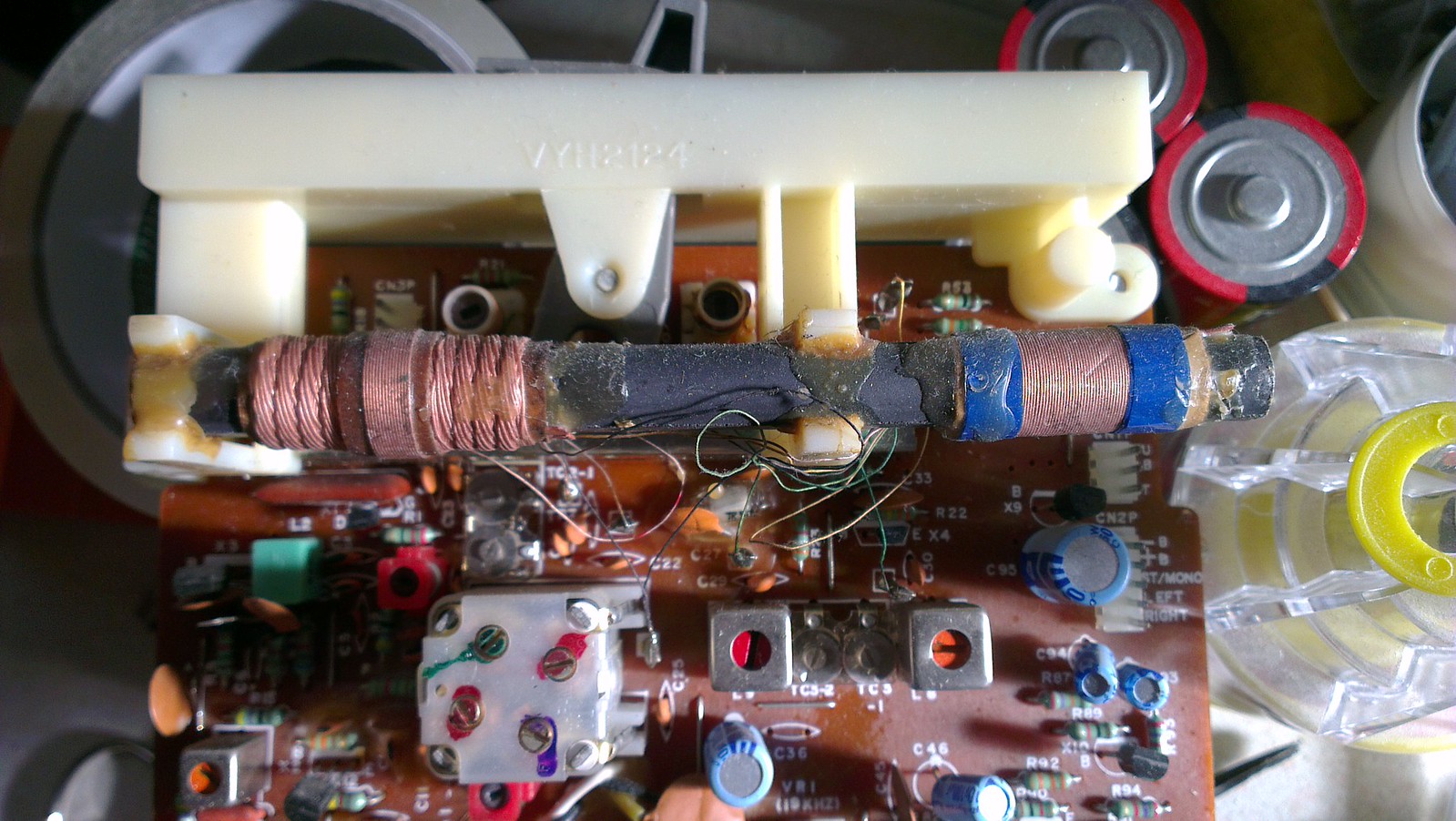 (Click that image if you need to enlarge it).